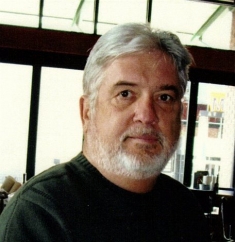 ​Wess Roberts is The New York Times bestselling author of Leadership Secrets of Attila the Hun, Straight A’s Never Made Anybody Rich, Victory Secrets of Attila the Hun, co-author of Make It So, Protect Your Achilles Heel, It Takes More Than a Carrot and a Stick, The Best Advice Ever for Leaders, and collaborated with Brigadier General John C. “Doc” Bahnsen, Jr. in the penning of American Warrior. His books have been published in 24 languages.

After earning his doctorate in psychology from Utah State University, Wess opted for military service and was selected for an assignment with the US Army Combat Arms Training Board. He served to the rank of major in the US Army. His diverse career also includes senior management positions at American Express Company, Fireman’s Fund Insurance Company, Northrop Services Company, and Courseware, Incorporated. He is also a former board member of the Health Plan of the Redwoods.

As an author, Wess has been a guest on over 400 radio and television programs including Oprah, CBS This Morning, CNN, and CNBC. In addition, articles about him and his books have appeared in every major news and business publication including Newsweek, Time, Across the Board, Vanity Fair, Barron’s, Fortune, Forbes, and Success Magazine as well as in every major newspaper including The New York Times, The Chicago Tribune, Investor’s Business Daily, The Houston Chronicle, The Atlanta Constitution, The Detroit Free Press, The Los Angeles Times, USA Today, and The San Francisco Chronicle. His management classic, Leadership Secrets of Attila the Hun, served as the basis for the A&E Biography on Attila.

As a speaker, he has addressed corporate, government, medical, military, trade association, and university audiences throughout the United States, Asia, and Europe.

Among other distinctions, Wess is a member of the US Army Field Artillery and Missile School OCS Hall of Fame, and the recipient of the US Army Field Artillery Association’s Honorable Order of Saint Barbara, the US Department of Treasury’s Patriotic Service Award, and a Professional Achievement Award from Utah State University’s College of Business and Alumni Association.

Wess makes his home in Utah.

Victory Secrets of Attila the Hun

Leadership Secrets of Attila the Hun

Straight A’s Never Made Anybody Rich