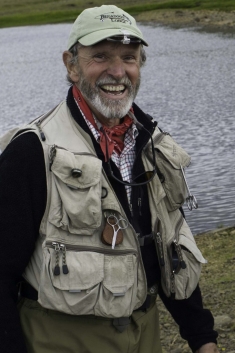 Charles Gaines has published 23 books, among them the novel Stay Hungry, a finalist for the National Book Award; the non-fiction international bestseller Pumping Iron; and the memoir, A Family Place. The book Pumping Iron and a later film of the same title written and narrated by Charles, are widely credited for having introduced both bodybuilding and Arnold Schwarzenegger to the general public. Charles has also written scripts for two produced feature films, two award-winning feature-documentaries, and a 2-hour PBS adaptation of Edith Wharton’s “Summer”, as well as numerous segments for ABC’s “American Sportsman”, a show for which he also directed and produced.

For his television writing he was the recipient of two Emmys, and two Cine Golden Eagle Awards. Over more than 50 years of magazine writing, Charles has published articles and stories in Harpers, GEO, Sports Illustrated, Town & Country, Architectural Digest, Esquire, Men’s Journal, Playboy, and Southern Living, among many other periodicals, and has served as Contributing Editor to a number of those magazines.

A lifelong sportsman and outdoors adventurer, Charles has been a dedicated wing-shooter and bird-dog trainer, a rock and ice climber, a ski instructor and winter mountaineer, an expert canoeist and small boat sailor, a certified diver, a (bad) bull rider, bungee-jumper, and sky-diver. He was also, with Hayes Noel and Bob Gurnsey, co-inventor of the game of Paintball, co-founder of the first Paintball company, and a recipient of the Paintball Lifetime Achievement Award.

His favorite outdoors activity has always been fly-fishing, which he was fortunate enough to practice all over the world, in over 20 countries and on 5 continents, and his collection of articles on the sport, The Next Valley Over, is considered by many to be one of the best American books of that genre. He is US Director of the Atlantic Salmon Federation and a founding member and Lifetime Board Member of the US Fly
Fishing Team, and has fished as a member of that team in World Championship Fly Fishing Competitions in New Zealand and Tasmania.

Waters Far and Near
Prev: Steven Gaines
Next: Raimond Gaita