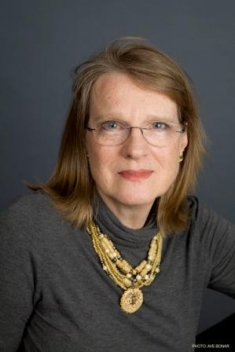 Kathy Cronkite is a popular writer, journalist and public speaker. As one of the millions who suffer from clinical depression, she has become a tireless champion for mental health. As an advocate, Cronkite, the daughter of legendary broadcast journalist and anchorman Walter Cronkite, delivers a clear message: “Depression must be accepted as the medical condition it is in order to combat the stigma attached to it and to make help available for those who suffer from it.”

Her book, On the Edge of Darkness: Conversations About Conquering Depression, has received wide acclaim for its informative and eloquent treatment of mental illness. In writing the book, Cronkite interviewed celebrities who suffer from depression, including Mike Wallace, Joan Rivers, Dick Clark, Kitty Dukakis, Rod Steiger, Rona Barrett, Jules Feiffer, John Kenneth Galbraith, and William Styron. Combined with interviews with well-known researchers of mental illness, these celebrity conversations cast a dispelling light on the myths and stigma that surround mental illness.

Her knowledge and work are well respected by professionals in the mental health field. As a layperson who has researched extensively the causes and cures of depression, she is uniquely qualified to educate other laypeople on these matters. As a consumer of mental health resources, she brings hands-on experience to her critiques of the services available in this country.

Awarded by the Texas Psychological Association for outstanding public contribution to psychology in 1999, Cronkite has appeared many times on television and radio. Her appearance on The Today Show prompted over 12,000 calls in three hours to the 800 number of the National Institute of Mental Health, where she served on the advisory board of grant reviews. She also worked on the Communications Workgroup and the Bridging Science and Services Workgroup.

Cronkite drew on her experiences as the daughter of famed television newscaster Walter Cronkite in penning her first book, On the Edge of the Spotlight: Celebrities’ Children Speak Out About Their Lives. Using a similar method to the one that she later employed in On the Edge of Darkness, she interviewed the children of celebrities to explore the challenges and privileges that were afforded to them.

On the Edge of the Spotlight

On the Edge of Darkness
Prev: Simon Critchley
Next: Blake Crouch