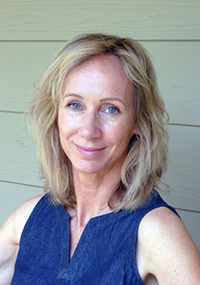 Meghan Cox Gurdon is an essayist, book critic, and former foreign correspondent who has been The Wall Street Journal’s children’s book reviewer since September 2005. Her Journal column covers the full range of books for the young, from babies to almost-adults, and appears in the paper’s “Review” section each weekend. She has also written numerous other critical pieces for the paper, including op-eds and reviews of books by authors such as Salman Rushdie, J.K. Rowling, Elizabeth Gilbert, and Laura Miller.

From 2010 to 20013 Gurdon wrote a twice-weekly column of domestic sketches for The Washington Examiner, a general interest newspaper (now a political website) for which she earlier wrote weekly columns. Her work has appeared in numerous other publications, including The Daily Telegraph, The Christian Science Monitor, The Washington Post, The San Francisco Chronicle, National Review, In Character and The Weekly Standard. From 2002-2005 she wrote a weekly column about family life, “The Fever Swamp,” for National Review Online. In 2012 her extended essay, “Chick Lit and the Master/Slave Dialectic” appeared in “Acculturated” (Templeton Press), a book of lively commentaries about popular culture.

In the 1990s, Gurdon lived and worked overseas as a foreign correspondent, principally filing radio stories, to Monitor Radio (the radio arm of The Christian Science Monitor) and APM’s “Marketplace,” but also newspaper dispatches. Based first in Hong Kong, and later in Tokyo and then London, she traveled and reported extensively, from Cambodia to Somalia, from China to Israel, from South Korea to Northern Ireland.