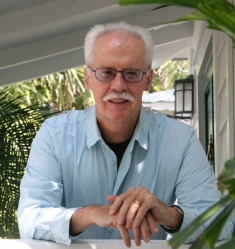 Michael Mewshaw’s career spans more than four decades and includes award-wining forays into fiction, nonfiction, literary criticism, and investigative journalism. Regardless of the genre, the hallmark of his work is a persistent questioning of the relationship between literature and life, illusion and reality, and con-men and creativity. Plagiarism, bogus reporting, and outright fraud, Mewshaw suggests, can lead to a higher truth—or to horrifying tragedy. In his novel Year of the Gun (later made into a movie directed by John Frankenheimer, starring Sharon Stone), the protagonist is a journalist who signs a book contract for a factual account of the Italian terrorist group, the Red Brigades. Instead, he produces pure—or impure—fiction which predicts the kidnapping and assassination of Aldo Moro. Rather than a reporting scoop, this results in the death of the protagonist’s best friend and a former lover.

In a lighter, although no less iconoclastic, vein, Mewshaw published Do I Owe You Something?, a memoir of his encounters with some of the 20th century’s most celebrated authors—including Graham Greene, Paul Bowles, Anthony Burgess, Gore Vidal, Italo Calvino, William Styron, and Robert Penn Warren. In each case he recounts anecdotes that never made it into the authorized biographies of these august figures. Because “official” portraits are often as fictional as novels, Mewshaw’s candid snapshots convey an alternative image, and Larry McMurtry commented about the book, “The reader will be frequently amused, and only somewhat less frequently appalled, as what we might call the quirkiness of the literary life is revealed.”

Michael Mewshaw is an American author of 11 novels and 8 books of nonfiction, and works frequently as a travel writer, investigative reporter, book reviewer, and tennis reporter. His novel Year of the Gun was made into a film of the same name by John Frankenheimer in 1991. He is married with two sons.

Sympathy for the Devil
Prev: Woodson Merrell
Next: Deon Meyer