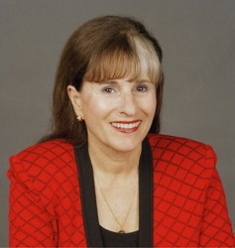 ​Susan RoAne leads a double life as a bestselling author and a sought-after keynote speaker Known as “The Mingling Maven’,” she gives her multi-generational audiences the required tools, techniques and strategies they need to connect and communicate in today’s global business world. Her practical, informative, and interactive presentations are known for what The San Francisco Chronicle calls her ‘dynamite sense of humor.’

She received her Master’s Degree from San Francisco State University and her Bachelors in English from the University of Illinois Champaign-Urbana, where she was honored at ‘Authors Come Home’. She still considers herself one of the Fighting Ilini! A former teacher, Susan now lectures for major corporations and conventions and at major universities such as Yale, Wharton, University of Chicago, University of Texas Law School and will return as guest faculty for the eighth time for NYU’s Summer Publishing Institute. Because of her groundbreaking best-seller, How to Work a Room’, Susan is considered the undisputed and original networking and conversation expert. She has sold over a million books worldwide and has launched an industry that she continues to create and shape in the 21st Century. Her forthcoming book, Face To Face: How To Reclaim the Personal Touch in a Digital World will be published October, 2008, by Fireside Books.

What Do I Say Next?
Prev: Naya Rivera
Next: Peter Robb