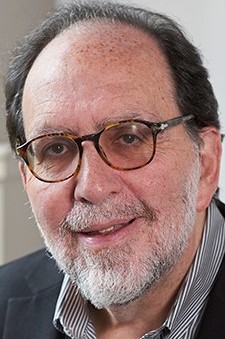 Jonathan Kaufman is a Pulitzer Prize-winning journalist who has written and reported on China for thirty years for The Boston Globe, where he covered the 1989 massacre in Tiananmen Square; The Wall Street Journal, where he served as China bureau chief from 2002 to 2005; and Bloomberg News.

He is the author of The Last Kings of Shanghai: The Rival Jewish Dynasties that helped Create Modern China, A Hole in the Heart of the World: Being Jewish in Eastern Europe and Broken Alliance: The Turbulent Times Between Blacks and Jews in America, winner of the National Jewish Book Award. He is director of the School of Journalism at Northeastern University in Boston.

Prior to joining Northeastern, Kaufman held senior positions at Bloomberg News, The Wall Street Journal and The Boston Globe.

Before joining Bloomberg, Kaufman was deputy Page One editor at The Wall Street Journal and also served as The Wall Street Journal’s China Bureau Chief, based in Beijing. He began his journalism career at The Boston Globe where he won a Pulitzer Prize as part of a team examining racism and job discrimination in Boston. He also served as Berlin Bureau Chief of The Boston Globe.

Kaufman received his BA in English from Yale University and an MA in Regional Studies–East Asia from Harvard University.