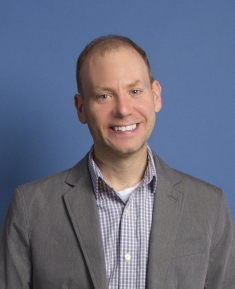 Scott Sonenshein is the Henry Gardiner Symonds Professor of Management at Rice University. His award winning research, teaching, and consulting has helped Fortune 500 executives, entrepreneurs, and professionals in industries such as technology, healthcare, retail, education, banking, manufacturing, and non-profits. He holds a PhD in management and organizations from the University of Michigan, an MPhil from the University of Cambridge, and a BA from the University of Virginia. He has also worked as a strategy consultant for companies such as AT&T and Microsoft and lived the rise and fall of the dotcom boom while working at a Silicon Valley startup.

Scott’s award winning research appears in the very top journals and often uses inductive field methods, including interviews, observations, and participant-observation. He also uses experiments and surveys to add confidence to his findings. He has contributed to several bodies of research in management and psychology, including change, creativity, decision making and influence. Scott currently sits on five distinguished editorial boards, and is a former associate editor of Academy of Management Journal.

Scott’s expertise and perspectives have been sought by a variety of media outlets, including The New York Times, Chicago Tribune, Time Magazine, Fast Company, Harvard Business Review as well as local television and radio.

He lives in Houston, Texas with his two daughters, and wife, Randi.