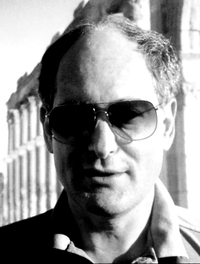 THE MURALS by William Bayer Shortlisted for Dashiell Hammett Prize 2020

WILLIAM BAYER is the author of nineteen fiction and non-fiction books. Thirteen of his novels are now available in ebook and audiobook editions. His books have been published in fourteen foreign languages. Two of his novels, Switch and Pattern Crimes, were New York Times best sellers.

Bill was born in Cleveland, Ohio, son of an attorney-father and screenwriter-mother ( Eleanor Perry). He was educated at Phillips Exeter and Harvard where he majored in art history. His Harvard honors thesis was an analysis of a single painting by Paul Gauguin: “D’où venons-nous? Que sommes-nous? Où allons-nous?” For six years he served in Washington, Vietnam and New York as an officer with the U. S. Information Agency. He has been a grantee of The American Film Institute and The National Endowment of the Arts.

His novel, Switch, was the source for seven television movies, including two four-hour mini-series. In all of them the main character, NYPD Detective Frank Janek, was played by the actor Richard Crenna. All seven movies were broadcast nationally by CBS in prime time.

Bayer is married to food writer, Paula Wolfert. They have lived in Paris, New York, Connecticut, Tangier (Morocco), and San Francisco. They currently reside in the Sonoma Valley, an area North of San Francisco which Jack London called “The Valley of the Moon.”