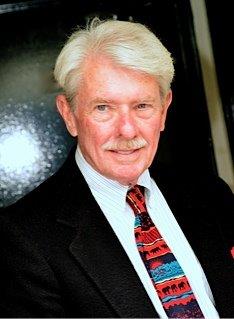 Newell’s original objective was to write a definitive biography of W.A. Clark—Copper King, tycoon, controversional U.S. Senator . . . and father of Huguette. Commencing more than two decades ago, Newell organized his family’s archives of memorabilia, news clippings, letters and 19th century photographs. He enlarged the collection with material from diverse sources and assembled a library of more than 300 books dealing with W.A. Clark and the times and places in which he lived. He travelled extensively to places significant in Clark history and made contact with, and built friendships with, many living Clark relatives (Of those, some are now deceased).

Incidental to Newell’s research, and to his surprise, he established a friendship with his reclusive cousin Huguette. Always shy and reclusive, Huguette became so in the extreme in the last quarter century of her long life. She insulated herself from all friends except one, and all relatives save two: Andre Bayeans and Paul Newell. (Baeyens is a great grandson of W.A. Clark, so a grand-nephew to Huguette. He is a retired French diplomat, living in Austria.. Newell is grand nephew of W.A. Clark. To Huguette, Newell is a 1st Cousin, once removed. In 1994 Huguette called Newell in response to letter from him, and for nearly 10 years thereafter they communicated regularly by phone and occasionally in writing.

Newell and Bill Dedman were introduced to each other in 2010 kindness of one of Newell’s Clark cousins. That meeting went well, and in a follow-up meeting they agreed to enter into a collaboration agreement to co-author a book about Huguette Clark They employed Inkwell Management as their literary agent, leading to a book contract with Random House (Ballantine). The book was delivered to booksellers in September, 2013, promptly receiving excellent reviews and bestseller status, including #1 on both the New York Times and the LA Times lists. Hardcover edition is now in 15th Printing.