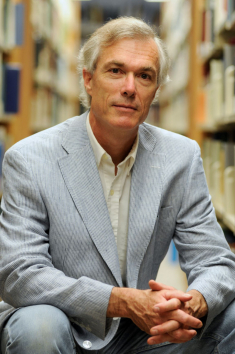 The Canadian Historical Association awarded Brook the François-Xavier Garneau Medal in 2002 and the Wallace K. Ferguson Prize in 2009. In addition to other awards, he was given a Guggenheim fellowship in 2006 and a Getty fellowship in 2014, and received an honorary doctorate from the University of Warwick in 2010. He was elected to the Royal Society of Canada in 2013.

A specialist on the history of China in the 16th and 17th centuries, Brook has also published on Japan’s wartime occupation of China (1937-45) and human rights in China since 1989. He has published eleven books (nine of which have been translated into other languages) and edited seven (of which three have been translated into Chinese). He also served as editor-in-chief of the six-volume History of Imperial China published by Harvard University Press.

His most widely read book is Vermeer’s Hat: The Seventeenth Century and the Dawn of the Global Age, awarded the Mark Lynton Prize from the Columbia School of Journalism and the Nieman Foundation for Journalism at Harvard University, and the Prix Auguste Pavie from the Académie des Sciences d’Outre-mer, Paris. His most recent book for a general readership is Mr. Selden’s Map of China: Decoding the Secrets of a Vanished Cartographer.

Tim Brook is the vice-president and president-elect of the Association for Asian Studies, the largest professional organization of scholars working on Asia. He lives on Salt Spring Island with his wife, Fay Sims. Their four children are dispersed between Vancouver and New York.