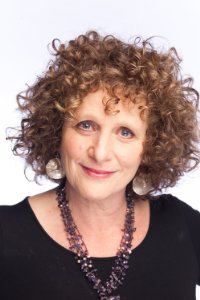 Ramona Koval is a writer, journalist, broadcaster and editor.

Born in Melbourne to immigrant parents she studied microbiology and genetics before turning to science journalism, then current affairs and literary journalism before finally working full-time as a writer. In her spare(!) time she loves learning new languages and cooking for her five grandchildren.

Her latest book is By the Book: A reader’s guide to life (Text)
Her latest media venture is The Monthly Book hosted by Ramona Koval @TheMonthly

As a broadcaster she presented major literary programs on ABC Radio National which were broadcast nationally on Radio National, internationally through Radio Australia, and podcast on the internet.

She has written reviews, features and columns for newspapers and written on issues of the day. She has made documentary features for radio, which have been broadcast both by the ABC and the BBC.

Transcripts of her interviews have appeared in international newspapers, magazines and in digital form, and she has been a guest interviewer at International literary festivals in Edinburgh, Montreal, Berlin, Cheltenham, Auckland, Wellington and all over Australia.

By The Book
Prev: Jeffrey Kottler
Next: Barry Krakow