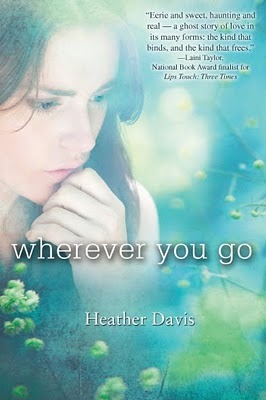 A poignant story about making peace with the past and opening your heart to love.Seventeen-year-old Holly Mullen has felt lost and lonely ever since her boyfriend, Rob, died in a tragic accident. But she has no idea that as she goes about her days, Rob’s ghost is watching over her. He isn’t happy when he sees his best friend, Jason, trying to get close to Holly—but as a ghost, he can do nothing to stop it. As their uncertain new relationship progresses, the past comes back to haunt Holly and Jason. Her Alzheimer’s-stricken grandfather claims to be communicating with the ghost of Rob. Could the messages he has for Holly be real? And if so, how can the loved ones Rob left behind help his tortured soul make it to the other side?