“...provides a comprehensive answer for anyone with the question: 'Why do some Saudis, at least, hate us?'”

— National Review on Tower of Babble 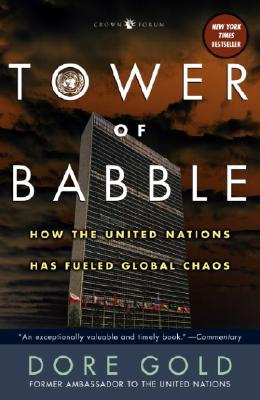 A United Nations insider exposes the ugly truth about the UN,including how UN organizations have been funding terrorist groups!

In the New York Times bestseller Tower of Babble, former United Nations ambassador Dore Gold blows the lid off the UN’s shocking failures to keep international peace, its corruption, its rampant anti-Americanism, and its emboldening of terrorist organizations. Citing previously unpublished documents, a brand-new chapter exclusive to this paperback edition provides the untold story of the infamous oil-for-food scandal,including the real scandal, that the UN let oil-for-food money go to fund terrorist organizations.

Prev: Toward a Meaningful Life
Next: Towers of Gold