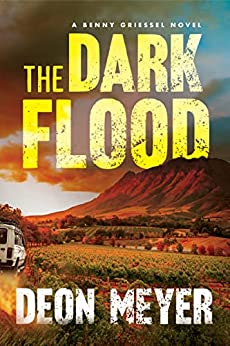 Disappearances ensnare two South African detectives in a web of corruption in this stunning thriller by the Barry Award–winning author of The Last Hunt.

Assigned to investigate the disappearance of a young university student and brilliant computer programmer detectives Benny Griessel and Vaughn Cupido hit dead ends. But the trail—including the death of a fellow police officer—leads to a series of gun heists and the alarming absence of certain weapons from the police registry, the ramifications of which could be devastating.


As Griessel and Cupido intensify their search, real estate agent Sandra Steenberg confronts her own crisis: state corruption has caused the real estate market to crash, exacerbating the dire financial straits facing her family. She puts aside her misgivings to work for a notorious billionaire and playboy, only to have him disappear on her. Now Griessel is forced to juggle between the man’s bitter wife, protective lawyer, and Steenberg, the last person to see him alive.

With propulsive and intricate plotting, sharp prose, and an ending that takes one’s breath away just when the dust seems to have settled, The Dark Flood spotlights the state capture and corruption that has overtaken the country, lending political weight to a powerful story.