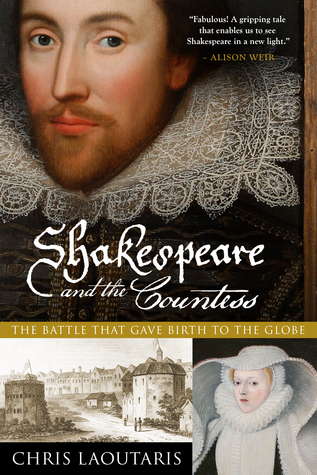 Shakespeare and the Countess

The Battle that Gave Birth to the Globe

The colorful story of the creation of the Globe Theatre—as a result of the dramatic confrontation between Lady Elizabeth Russell and William Shakespeare.

In November 1596, a woman signed a document that would nearly destroy the career of William Shakespeare . . .

Who was this woman who played such an instrumental, yet little known, role in Shakespeare’s life? Never far from controversy when she was alive—she sparked numerous riots and indulged in acts of breaking-and-entering, bribery, blackmail, kidnapping and armed combat—Lady Elizabeth Russell, the self-styled Dowager Countess of Bedford, has been edited out of public memory, yet the chain of events she set in motion would make Shakespeare the legendary figure we all know today.

Lady Elizabeth Russell’s extraordinary life made her one of the most formidable women of the Renaissance. The daughter of King Edward VI’s tutor, she blazed a trail across Elizabethan England as an intellectual and radical Protestant. And, in November 1596, she became the leader of a movement aimed at destroying William Shakespeare’s theatrical troupe—a plot that resulted in the closure of the Blackfriars Theatre but the construction, instead, of the Globe.

Providing new pieces to this puzzle, Chris Laoutaris’s rousing history reveals for the first time this startling battle against Shakespeare and the Lord Chamberlain’s Men.

16 pages of color and B&W illustrations