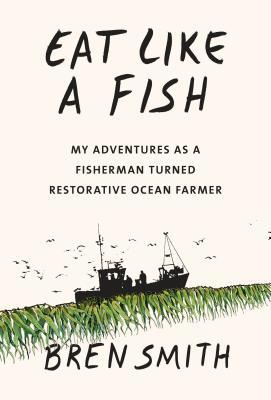 My Adventures as a Fisherman Turned Restorative Ocean Farmer

Through tales that span from his childhood in Newfoundland to his early years on the high seas aboard commercial fishing trawlers, from pioneering new forms of ocean farming to surfing the frontiers of the food movement, Smith introduces the world of sea-based agriculture, and advocates getting ocean vegetables onto American plates (there are thousands of edible varieties in the sea!).

Here he shows how we can transform our food system while enjoying delicious, nutritious, locally grown food, and how restorative ocean farming has the potential to create millions of new jobs and protect our planet in the face of climate change, rising populations, and finite food resources. Also included are recipes from acclaimed chefs Brooks Headley and David Santos.

Written with the humor and swagger of a fisherman telling a late-night tale, this is a monumental work of deeply personal food policy that will profoundly change the way we think about what we eat.

Prev: Eat Fat, Get Thin
Next: Eat Like the Animals