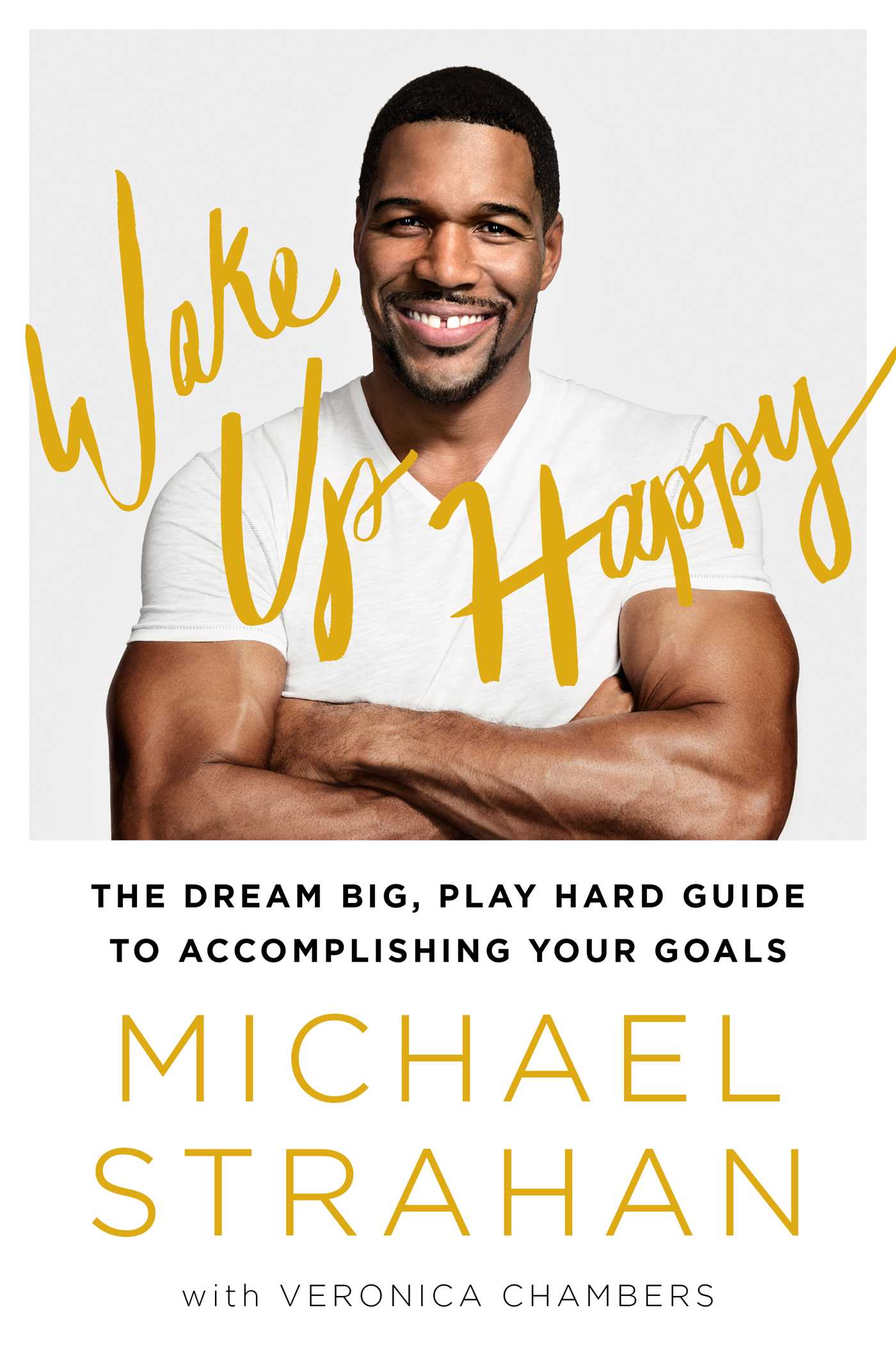 nspiring and chock full of advice that will help the reader make significant strides toward pursuing his or her dream, Wake Up Happy is a book no one, young or old, male or female will want to miss.

The Dream Big, Win Big Guide to Accomplishing Your Goals

From America’s favorite football player turned morning talk show host—a man who makes just about everything look easy—a mélange of stories and motivational advice to inspire the reader to turn up the heat and go from good to great in pursuit of their personal ambitions.

Michael Strahan spent his childhood on a military base in Europe, where community meant everything, and life, though idyllic, was different. For one, when people referenced football they meant soccer. So when Michael’s father suggested he work toward a college scholarship by playing football in Texas, where tens of thousands of people show up for a weekend game, the odds were long. Yet he did, indeed, land a scholarship and from there a draft into the NFL where he scaled the league’s heights, broke records, and helped his team win the Super Bowl as a result of which he was inducted into the Hall of Fame. How? By developing “Strahan’s Rules”—a mix of mental discipline, positive thinking, and a sense of play. He also used the Rules to forge a successful post pro-ball career as cohost with Kelly Ripa on Live!—a position for which he was considered the longshot—and much more.

In Wake Up Happy, Michael shares personal stories about how he gets and stays motivated and how readers can do the same in their quest to attain their life goals.

Here are a few of “Strahan’s Rules”:

1) Listen to other people, but don’t take their opinions for fact. Have your own experiences. Draw your own conclusions.

2) You can’t change other people but you can change how you act around them. Usually, that’s more than enough.

3) Don’t pre-judge. Help can—and will—come from the most unexpected places. Be open to everything around you.

Inspiring and chock full of advice that will help the reader make significant strides toward pursuing his or her dream, Wake Up Happy is a book no one, young or old, male or female will want to miss.