“Addictive....Told in chapters that alternate between two eras, its prose reflects the two moods: 1962 sparkles like an old-time midway, crammed with celebrity cameos, souvenir Champagne glasses and fast-talking men in hatsCCCCCC 21 feels reflective and a little world-weary, a city once bitten and now twice shy.”

— Moira Macdonald The Seattle Times on Truth Like the Sun 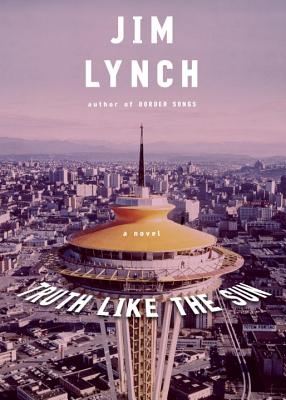 A classic and hugely entertaining political novel, the cat-and-mouse story of urban intrigue in Seattle both in 1962, when Seattle hosted the World’s Fair, and in 2001, after its transformation in the Microsoft gold rush.

Larger than life, Roger Morgan was the mastermind behind the fair that made the city famous and is still a backstage power forty years later, when at the age of seventy he runs for mayor in hopes of restoring all of Seattle’s former glory. Helen Gulanos, a reporter every bit as eager to make her mark, sees her assignment to investigate the events of 1962 become front-page news with Morgan’s candidacy, and resolves to find out who he really is and where his power comes from: in 1962, a brash and excitable young promoter, greeting everyone from Elvis Presley to Lyndon Johnson, smooth-talking himself out of difficult situations, dipping in and out of secret card games; now, a beloved public figure with, it turns out, still-plentiful secrets. Wonderfully interwoven into this tale of the city of dreams are backroom deals, idealism and pragmatism, the best and worst ambitions, and all the aspirations that shape our communities and our lives.

Prev: Truth in Our Times
Next: Truth or Dare