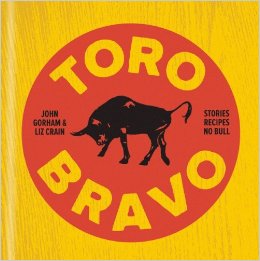 At the heart of Portland’s red-hot food scene is Toro Bravo, a Spanish-inspired restaurant whose small plates have attracted a fiercely loyal fan base. But to call Toro Bravo a Spanish restaurant doesn’t begin to tell the whole story. For chef John Gorham, each dish reflects a time, a place, a moment. For Gorham, food is more than mere sustenance. The Toro Bravo cookbook is an honest look behind the scenes: from Gorham’s birth to a teenage mother who struggled with drug addiction, to time spent in his grandfather’s crab-shack dance club, to formative visits to Spain, to becoming a father and opening a restaurant. Toro Bravo also includes 95 of the restaurant’s recipes, from simple salads to homemade chorizo, along with an array of techniques that will appeal to both the home cook and the most seasoned, forearm-burned chef.