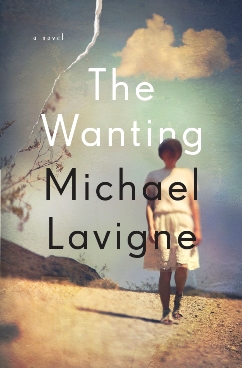 From the author of Not Me, this powerful novel about an Israeli father and his daughter brings to life a rich canvas of events and unexpected change in the aftermath of a suicide bombing.

In the galvanizing opening of The Wanting, the celebrated Russian-born postmodern architect Roman Guttman is injured in a bus bombing, the result of which is that his life and perceptions become heightened and disturbed, and he embarks on an ill-advised journey into Palestinian territory. The account of Roman’s desert odyssey alternates with the vivacious, bittersweet diary of his thirteen-year-old daughter Anyusha (on her own perilous path, of which Roman is ignorant) and the startlingly alive witnessings of Amir, the young Palestinian who pushed the button and is now damned to observe the havoc he has wrought from a shaky beyond. Enriched by flashbacks to the alluringly sad tale of Anyusha’s mother, a famous Russian refusenik who died for her beliefs, The Wanting is a poignant study of the costs of extremism, but is most satisfying as a story of characters enmeshed in their imperfect love for one another, and for the heartbreakingly complex world in which that love is wrought.

Prev: The Wallflowers
Next: The War Against the Assholes