“Haag sifts through the history and the legends to illuminate these mysterious Holy Warriors. . . . Readers of The Da Vinci Code and other fictions relating to the Templars will enjoy this well-written, copiously illustrated, and solidly researched book. Highly recommended.”

— Library Journal on The Templars 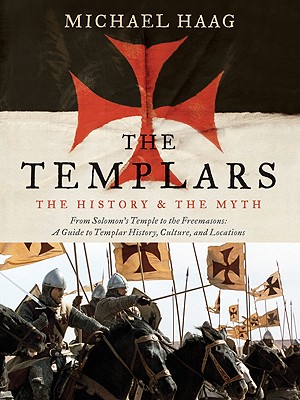 Who were the Templars?
What was the secret of their wealth and power?
Why did the pope and the king of France act to destroy them?

The Knights Templar were founded on Christmas Day 1119, on the very spot in Jerusalem where Jesus Christ was crucified. A religious order of fighting knights, the Templars defended the Holy Land and Christian pilgrims in the decades after the First Crusade. Legendary for their bravery and dedication, the Templars became one of the wealthiest and most powerful bodies of the medieval world—until they were condemned for heresy two centuries after their foundation, when the order was abolished and its leaders were burned at the stake.

In The Templars, renowned historian Michael Haag investigates the origins and history, the enduring myths, and the soaring architecture of an enigmatic order long shrouded in mystery and controversy. The hand of the Templars, many believe, can be found in everything from Cathar heresy to Masonic conspiracies, and the Knights Templar still inspire popular culture, from Indiana Jones to Xbox games, to the novels of Dan Brown.

Prev: The Templar Brotherhood
Next: The Ten Commandments of Character: Essential Advice for Living an Honorable, Ethical, Honest Life