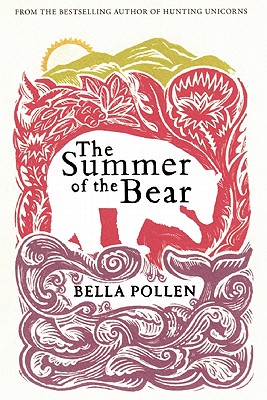 The Summer of the Bear

With her fifth novel, critically acclaimed writer and journalist Bella Pollen takes readers into the private dynamics of a family grappling with the loss of father and husband in Scotland’s Outer Hebrides, where between elemental beauty and utter bleakness, strange forces are at play.

In 1980 Germany, under Cold War tension, a mole is suspected in the British Embassy. When the clever diplomat Nicky Fleming dies suddenly and suspiciously, it’s convenient to brand him the traitor. But was his death an accident, murder, or suicide? As the government digs into Nicky’s history, his wife, Letty, relocates with her three children to a remote Scottish island hoping to salvage their family. But the isolated shores of her childhood retreat only intensify their distance, and it is Letty’s brilliant and peculiar youngest child, Jamie, who alone holds on to the one thing he’s sure of: his father has promised to return and he was a man who never broke a promise.

Exploring the island, Jamie and his teenaged sisters discover that a domesticated brown bear has been marooned on shore, hiding somewhere among the seaside caves. Jamie feels that the bear may have a strange connection to his father, and as he seeks the truth, his father’s story surfaces unexpected ways. Bella Pollen has an uncanny ability to capture the unnoticeable moments in which families grow quiet. A novel about the corrosive effects of secrets and the extraordinary imagination of youth, The Summer of the Bear is Pollen’s most ambitious and affecting book yet.

Prev: The Summer of Jack London
Next: The Superiority Burger Cookbook