“A tumultuous rollercoaster of a book … Mr. Parker tells an extraordinary, neglected and shameful story with gusto.”

— Economist on The Sugar Barons 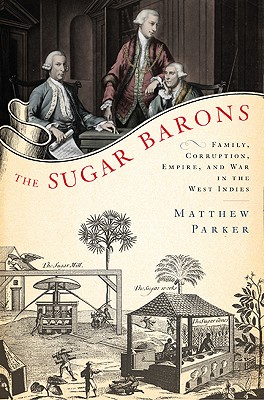 The familiar image of the West Indies as paradise islands conceals a turbulent past. For 200 years after 1650 they were the most fought over colonies in the world, as Europeans made and lost immense fortunes growing and trading in sugar - a commodity so lucrative that it was known as white gold. Young men, beset by death and disease, an ocean away from the moral anchors of life in Britain created immense dynastic wealth but produced a society poisoned by war, sickness, cruelty and corruption. “The Sugar Barons” explores the lives and experiences of those whose fortunes rose and fell with the West Indian empire. From the ambitious and brilliant entrepreneurs, to the grandees wielding power across the Atlantic, to the inheritors often consumed by decadence, disgrace and madness, this is a compelling story of how a few small islands and a handful of families decisively shaped the British Empire.

Prev: The Substance of All Things
Next: The Suicide Run