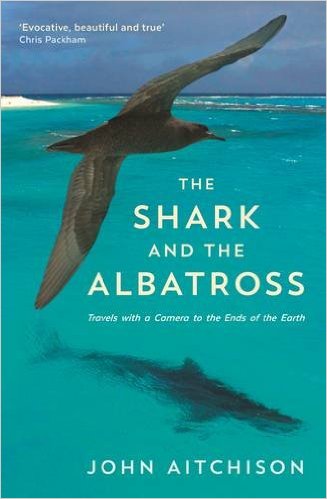 This is natural history writing at its absolute best, evocative, informative and gripping from first to last.

The Shark and the Albatross

Travels with a Camera to the Ends of the Earth

For 20 years John Aitchison has been travelling the world to film wildlife for the BBC and other broadcasters, taking him to faraway places on every continent.

The Shark and the Albatross is the story of these journeys of discovery, of his encounters with animals and occasional enterprising individuals in remote and sometimes dangerous places.

His destinations include the far north and the far south, expeditions to film for Frozen Planet and other natural history series, in Svalbard, Alaska, the remote Atlantic island of South Georgia, and the Antarctic. They also encompass wild places in India, China and the United States.

In all he finds and describes key moments in the lives of animals, among them polar bears and penguins, seals and whales, sharks and birds, and wolves and lynxes. He reveals what happens behind the scenes and beyond the camera. He explains the practicalities and challenges of the filming process, and the problems of survival in perilous places. He records touching moments and dramatic incidents, some ending in success, others desperately sad.

There are times when a hunted animal triumphs against the odds and others when, in spite of preparation for every outcome, disaster strikes. And, as the author shows in several incidents that combine nail-biting tension with hair-raising hilarity, disaster can strike for filmmakers too.

This is natural history writing at its absolute best, evocative, informative and gripping from first to last.

Prev: The Shape of Battle
Next: The Shipwreck Hunter