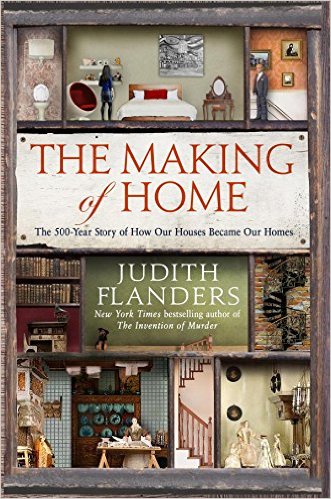 The 500-year story of how, and why, our homes have come to be what they are.

The Making of Home

The 500-Year Story of How Our Houses Became Our Homes

The 500-year story of how, and why, our homes have come to be what they are, from the critically acclaimed New York Times bestselling author of The Invention of Murderand The Victorian City.

The idea that “home” is a special place, a separate place, a place where we can be our true selves, is so obvious to us today that we barely pause to think about it. But, as Judith Flanders shows in her most ambitious work to date, “home” is a relatively new idea.

In The Making of Home, Flanders traces the evolution of the house from the sixteenth to the early twentieth century across northern Europe and America, showing how the homes we know today bear only a faint resemblance to homes though history. What turned a house into a home? Why did northwestern Europe, a politically unimportant, sociologically underdeveloped region of the world, suddenly became the powerhouse of the Industrial Revolution, the capitalist crucible that created modernity? While investigating these important questions, Flanders uncovers the fascinating development of ordinary household items—from cutlery, chairs and curtains, to fitted kitchens, plumbing and windows—while also dismantling many domestic myths.

In this prodigiously researched and engagingly written book, Flanders elegantly draws together the threads of religion, history, economics, technology and the arts to show not merely what happened, but why it happened: how we ended up in a world where we can all say, like Dorothy in Oz, “There’s no place like home.”