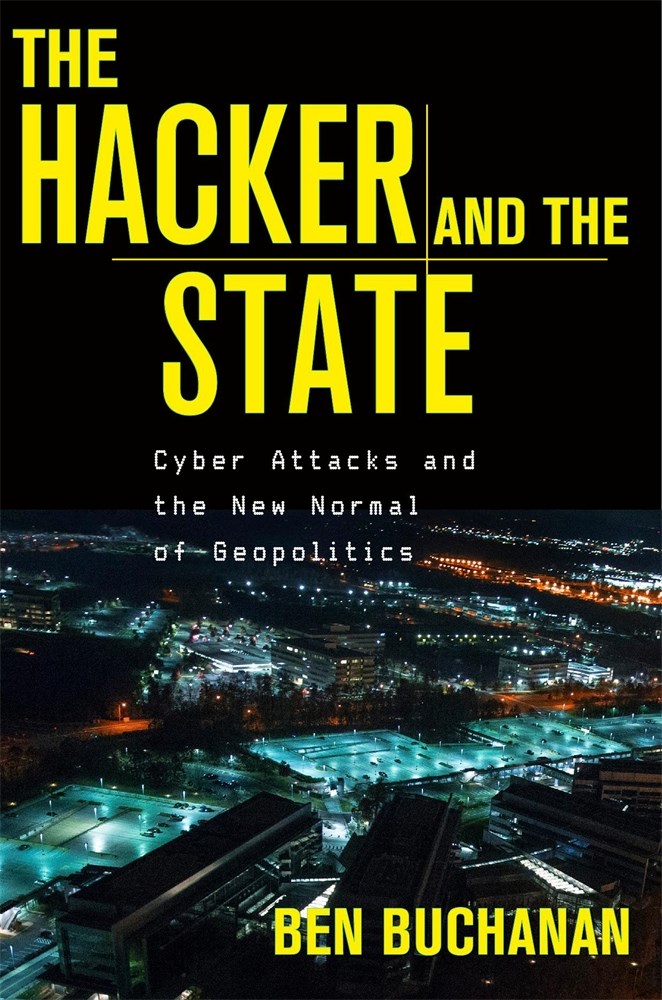 The Hacker and the State

Cyber Attacks and the New Normal of Geopolitics

“One of the finest books on information security published so far in this century—easily accessible, tightly argued, superbly well-sourced, intimidatingly perceptive.”

“The best examination I have read of how increasingly dramatic developments in cyberspace are defining the ‘new normal’ of geopolitics in the digital age. Buchanan…captures the dynamics of all of this truly brilliantly.”
—General David Petraeus, former Director of the CIA and Commander of Coalition Forces in Iraq and Afghanistan

Few national-security threats are as potent—or as nebulous—as cyber attacks. Ben Buchanan reveals how hackers are transforming spycraft and statecraft, catching us all in the crossfire, whether we know it or not.

Ever since WarGames, we have been bracing for the cyberwar to come, conjuring images of exploding power plants and mass panic. But while cyber attacks are now disturbingly common, they don’t look anything like we thought they would.

Packed with insider information based on interviews, declassified files, and forensic analysis of company reports, The Hacker and the State sets aside fantasies of cyber-annihilation to explore the real geopolitical competition of the digital age. Tracing the conflict of wills and interests among modern nations, Ben Buchanan reveals little-known details of how China, Russia, North Korea, Britain, and the United States hack one another in a relentless struggle for dominance. His analysis moves deftly from underseas cable taps to underground nuclear sabotage, from blackouts and data breaches to billion-dollar heists and election interference.

Buchanan brings to life this continuous cycle of espionage and deception, attack and counterattack, destabilization and retaliation. He explains why cyber attacks are far less destructive than we anticipated, far more pervasive, and much harder to prevent. With little fanfare and far less scrutiny, they impact our banks, our tech and health systems, our democracy, and every aspect of our lives. Quietly, insidiously, they have reshaped our national-security priorities and transformed spycraft and statecraft. The contest for geopolitical advantage has moved into cyberspace. The United States and its allies can no longer dominate the way they once did. The nation that hacks best will triumph.

Prev: The Guardians
Next: The Half-Known World