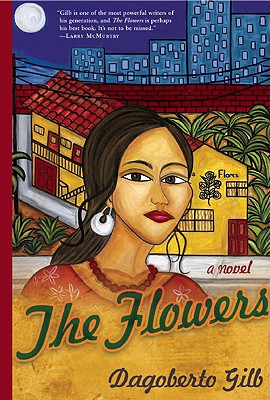 Sonny Bravo is a tender, unusually smart fifteen-year-old who is living with his vivacious mother in a large city where intense prejudice is not just white against black, but also brown. When Sonny’s mother, Silvia, suddenly marries an Okie building contractor named Cloyd Longpre, they are uprooted to a small apartment building, Los Flores. As Sonny sweeps its sidewalks, he meets his neighbors and becomes ensnared in their lives: Cindy, an eighteen-year-old druggie who is married and bored; Nica, a cloistered Mexican girl who cares for her infant brother but who is never allowed to leave their unit. The other tenants range from Pink, an albino black man who sells old cars in front of the building, to Bud, a muscled-up construction worker who hates blacks and Mexicans, even while he’s married to a Mexican-American woman. Dagoberto Gilb, in arguably his most powerful work yet, has written an inspiring novel about hate, pain, anger, and love that transcends age, race, and time. Gilb’s novel displays the fearlessness and wit that have helped make him one of this country’s most authentic and original voices.

Prev: The Fitzosbornes at War
Next: The Forever Dog