“Utterly spellbinding. The plot is stunning and breathtaking and leaves you racing to the end... A truly amazing book. If you read nothing else this year, you must get hold of this.” 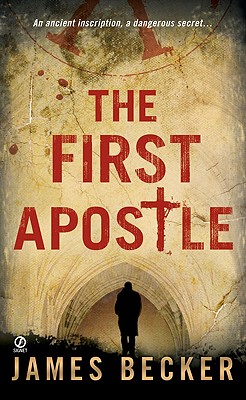 An explosive debut thriller! Chris Bronson is devastated when his best friend?s wife? the woman he was secretly in love with?dies in a tragic accident. But when Bronson heads to Italy to console his friend, he finds the evidence of a break-in?and a strange Latin inscription on a stone above the fireplace.

To decipher the stone Bronson enlists the help of his ex-wife, an antiques expert, sending them on a treacherous path of clues across Europe leading to a truth so dangerous it could destroy the very foundations of the Christian faith?

Prev: The Fire Seekers
Next: The First Billion