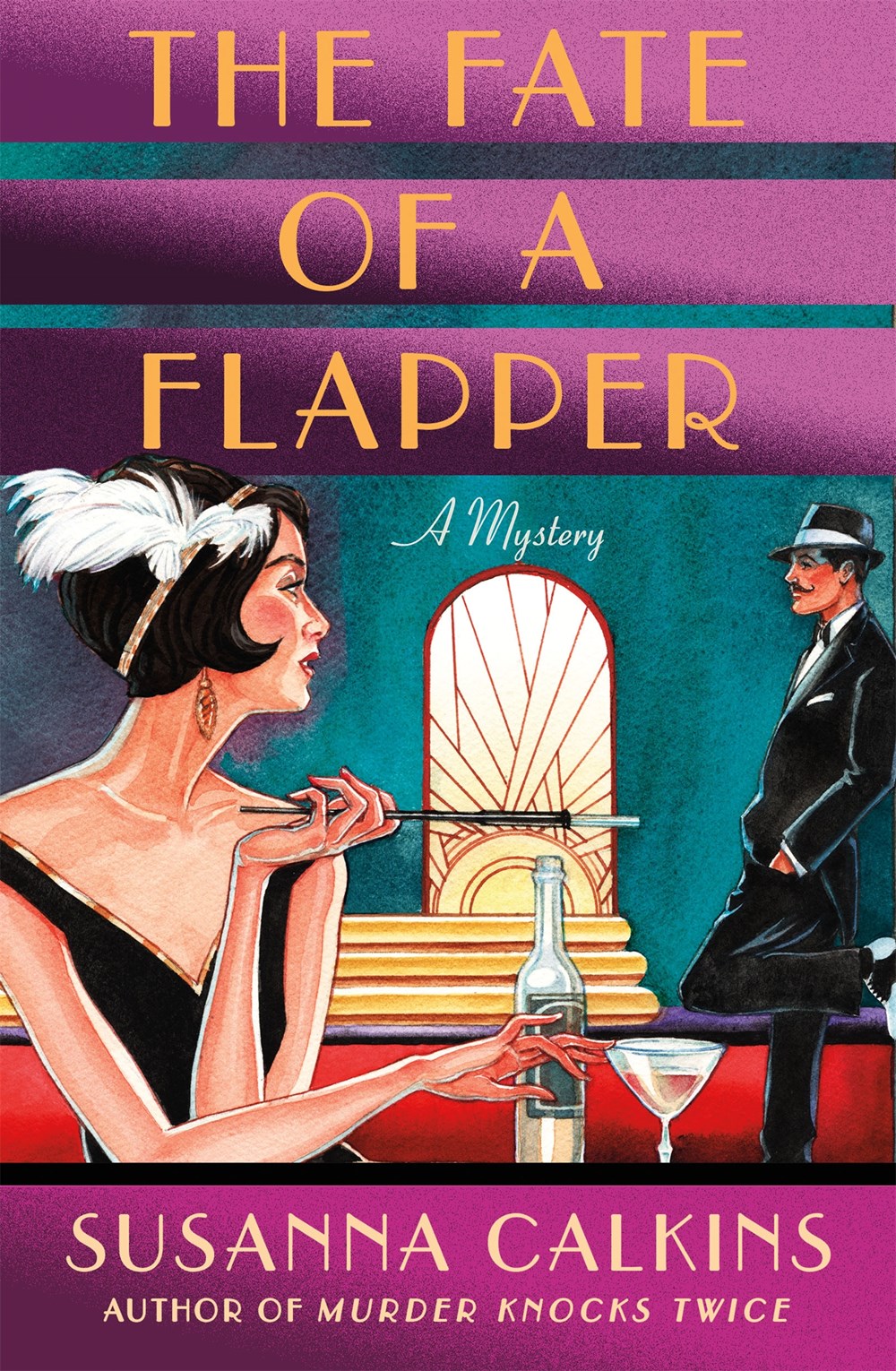 The Fate of a Flapper

The second mystery in Susanna Calkins’ captivating new series takes readers into the dark, dangerous, and glittering underworld of a 1920’s Chicago speakeasy.

After nine months on the job, Gina Ricci feels like she’s finally getting into the swing of things as a cigarette girl at the Third Door, one of Chicago’s premier moonshine parlors. The year is 1929, the Chicago Cubs are in the World Series, neighborhood gangs are all-powerful, and though Prohibition is the law of the land they can’t serve the cocktails fast enough at the Third Door.

Two women in particular, Fruma and Adelaide, are throwing drinks back with ababdon while chatting with bankers they’ve got their eyes on, and Gina can’t help but notice that the levels of inebriation and the tension at their table seem almost evenly matched. When the group stumbles out into the early morning hours, she tries to put them out of her head and finish her shift in peace.

But on arriving home Gina’s longed-for sleep is interrupted when her cousin Nancy, a police officer, calls—she’s found a dead body. Gina hurries over with her camera in hand, ready to take photos of the crime scene, but stops short when she recognizes the dead body as one of the tipsy women from the night before: Fruma.

Could the Third Door have served the woman bad liquor that led to her demise? Or, as Gina can’t help but wonder, could this be murder? As the gangs and bombings draw closer, all of Chicago starts to feel like a warzone, and Gina is determined to find out if Fruma’s death was an unlucky accident, or a casualty of combat.

Prev: The Family Busniess
Next: The Fate of Food