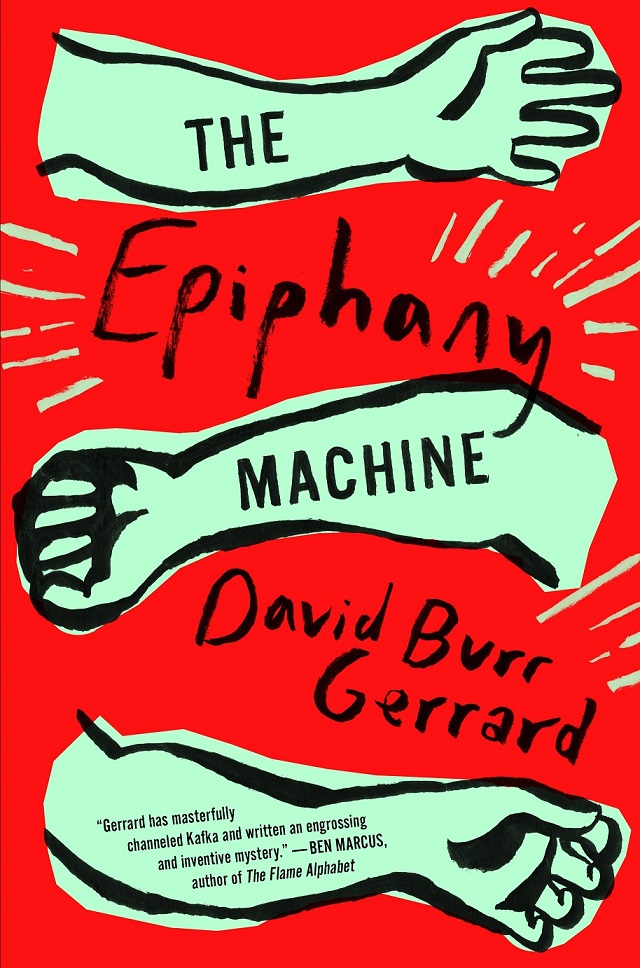 Everyone else knows the truth about you, now you can know it, too.


That’s the slogan. The product: a junky contraption that tattoos personalized revelations on its users’ forearms. It’s an old con, playing on the fear that we are obvious to everybody except ourselves. This particular one’s been circulating New York since the 1960s. The ad works. And, oddly enough, so might the device…

A small stream of city dwellers buy into this cult of the epiphany machine, including Venter Lowood’s parents. This stigma follows them when they move upstate, where Venter can’t avoid the whispers of teachers and neighbors any more than he can ignore the machine’s accurate predictions: his mother’s abandonment and his father’s disinterest. So when Venter’s grandmother finally asks him to confront the epiphany machine and inoculate himself against his family’s mistakes, he’s only too happy to oblige.

Like his parents before him, Venter is quick to fall under the spell of the device’s sweat-stained, profane, and surprisingly charming operator, Adam Lyons. But unlike them, Venter gets close enough to Adam to learn a dark secret. There’s an undeniable pattern between specific epiphanies and violent crimes. And Adam won’t jeopardize the privacy of his customers by alerting the police.

It may be a hoax, but that doesn’t mean what Adam is selling isn’t also spot-on. And in this sprawling, snarling tragicomedy about accountability in contemporary America, the greater danger is that Adam Lyon’s apparatus may just be right about us all.

Prev: The Enigma of Capital
Next: The Essential Charlotte