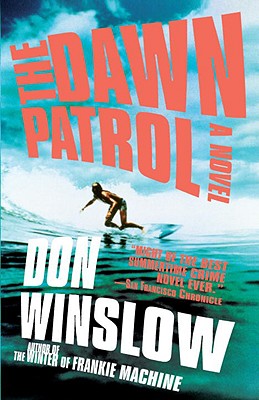 As cool as its California surfer heroes, Don Winslow delivers a high velocity, darkly comic, and totally righteous crime novel.Every morning Boone Daniels catches waves with the other members of The Dawn Patrol: four men and one woman as single-minded about surfing as he is. Or nearly. They have “real j-o-b-s”; Boone, however, works as a PI just enough to keep himself afloat. But Boone’s most recent gig-investigating an insurance scam—has unexpectedly led him to a ghost from his past. And while he may have to miss the biggest swell of his surfing career, this job is about to give him a wilder ride than anything he’s ever encountered. Filled with killer waves and a coast line to break your heart, The Dawn Patrol will leave you gasping for air.

Prev: The Darwin Archipelago: The Naturalist's Career Beyond Origin of Species
Next: The Day America Told the Truth