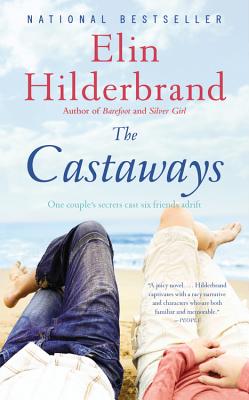 With rumors of infidelity straining Greg and Tess MacAvoy’s marriage, the couple head out on their sailboat one early-summer day to celebrate their wedding anniversay, hoping the roughest waters are behind them. But in an accident off Nantucket, they mysteriously drown, leaving behind two small children as well as the three couples who have long been their closest friends.

Tragedy brings to the surface long-simmering conflicts and emotions, and the MacAvoys’ six grieving friends find themselves unprepared for the revelation of secret upon secret as they struggle to answer the question: What happened to Greg and Tess?

The Castaways probes the boundaries of friendship and forgiveness as it tells a page-turning story of passion, betrayal, and suspense, filled with the perfect details of summer island life that have made Elin Hilderbrand’s novels beloved bestsellers.

Prev: The Case Against Divorce
Next: The Catastrophic History of You And Me