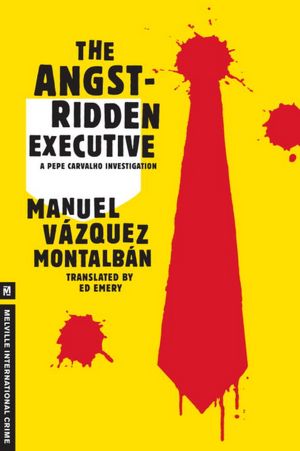 When Antonio Jauma, a director of the multinational conglomerate Petnay, is murdered, his widow seeks out private investigator Pepe Carvalho, who had met and forgotten the playboy executive after their single chance encounter—back when Carvalho still worked for the CIA.

Jauma was a “womanizer,” according to a friend, “of the least pleasant sense,” and the police have decided that the murder is the work of an unhappy pimp. But Carvalho doggedly pursues his own phlegmatic investigation, with time out for his signature book burning (Sartre’s Critique of Dialectical Reasoning; Sholokov’s And Quiet Flows the Don), cooking (leek soup and a freshly-caught steamed turbot), and running with his girlfriend Charo, whose last name he can’t remember.

Prev: The Angry Wife
Next: The Anniversary Man