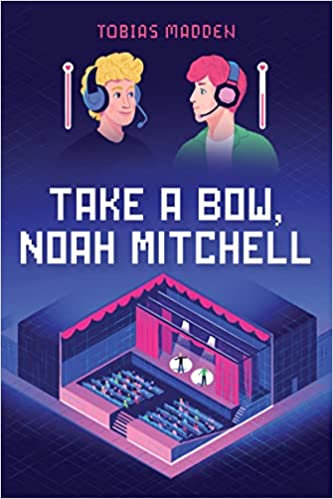 There Are No Cheat Codes for Showmance

Seventeen-year-old gaymer Noah Mitchell only has one friend left: the wonderful, funny, strictly online-only MagePants69. After years playing RPGs together, they know everything about each other, except anything that would give away their real life identities. And Noah is certain that if they could just meet in person, they would be soulmates. Noah would do anything to make this happen―including finally leaving his gaming chair to join a community theater show that he’s only mostly sure MagePants69 is performing in. Noah has never done anything like theater―he can’t sing, he can’t dance, and he’s never willingly watched a musical―but he’ll have to go all in to have a chance at love.

With Noah’s mum performing in the lead role, and former friends waiting in the wings to sabotage his reputation, his plan to make MagePants69 fall in love with him might be a little more difficult than originally anticipated.

And the longer Noah waits to come clean, the more tangled his web of lies becomes. By opening night, he will have to decide if telling the truth is worth closing the curtain on his one shot at true love.