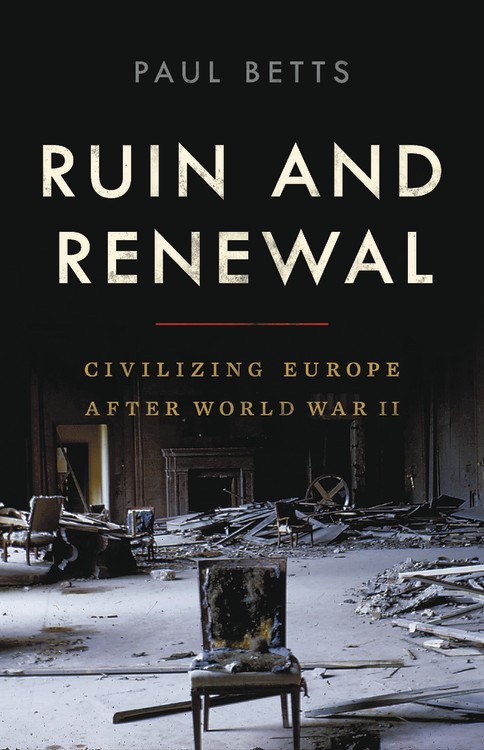 From an award-winning historian, a panoramic account of Europe after the depravity of World War II.

In 1945, Europe lay in ruins. Some fifty million people were dead, and millions more languished in physical and moral disarray. The devastation of World War II was unprecedented in character as well as in scale. Unlike the First World War, the second blurred the line between soldier and civilian, inflicting untold horrors on people from all walks of life. A continent that had previously considered itself the very measure of civilization for the world had turned into its barbaric opposite.

Reconstruction, then, was a matter of turning Europe’s “civilizing mission” inward. In this magisterial work, Oxford historian Paul Betts describes how this effort found expression in humanitarian relief work, the prosecution of war crimes against humanity, a resurgent Catholic Church, peace campaigns, expanded welfare policies, renewed global engagement and numerous efforts to salvage damaged cultural traditions. Authoritative and sweeping, Ruin and Renewal is essential reading for anyone hoping to understand how Europe was transformed after the destruction of World War II.

Prev: Royals and the Reich
Next: Ruler of the World