“Smart, beautiful, passionate, necessary...as canny as it is exhaustive...an extraordinary X-ray of English.” 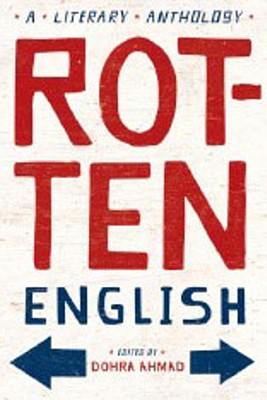 ​Rotten English spans the globe to offer an overview of the best non-standard English writing of the past two centuries, with a focus on the most recent decades. During the last twelve years, half of the Man Booker awards went to novels written in non-standard English. What would once have been derogatorily termed “dialect literature” has come into its own in a language known variously as slang, creole, patois, pidgin, or, in the words of Nigerian novelist Ken Saro-Wiwa, “rotten English.”

The first anthology of its kind, Rotten English celebrates vernacular literature from around the English-speaking world, from Robert Burns, Mark Twain, and Zora Neale Hurston to Papua New Guinea’s John Kasaipwalova and Tobago’s Marlene Nourbese Philip. With concise introductions that explain the context and aesthetics of the vernacular tradition, Rotten English pays tribute to the changes English has undergone as it has become a global language.