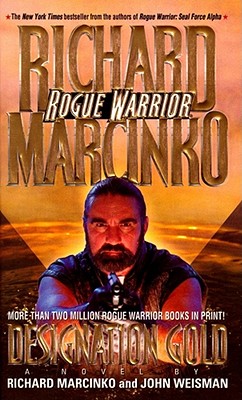 The Rogue Warrior has come to Moscow to investigate the assassination of Paul Mahon, U.S. Defense attachÃ© in Russia. Marcinko knows who killed him—Andrei Yudin, a godfather in the Russian Mafia—and he wants to know why. Instead, he finds a cabal of corrupt, mob-linked russian politicians. The revelation gets him yanked back to Washington, where orders come down to disband his elite team of SEALs.

But even as the Pentagon’s chain of command becomes a noose around his neck, Marcinko begins to cut and slash his way to the truth behind Mahon’s death. More about survival than revenge, his mission soon leads him to a black-market network peddling terrorism in Paris, sinister trading in the Middle East, and a devil of a deal that puts American’s safety up for sale….