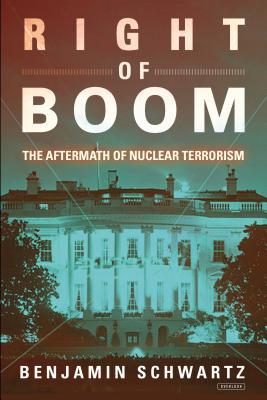 The Aftermath of Nuclear Terrorism

A nuclear weapon explodes in a major American city and no one can prove who is responsible. The devastation is horrifying, but even more alarming are the limited options available for the United States government to respond. What happens next?

In Right of Boom, national security specialist Benjamin Schwartz looks at what could happen after a nuclear explosion takes place in the United States, the event that Presidents Obama and Bush, as well as would-be President Hillary Clinton, have acknowledged as the greatest single national security threat we face. Hypothesizing an explosion in downtown Washington, D.C., Schwartz maps out the likely ramifications while going deep into history to explore the limited range of options available to a Commander in Chief. Using his extensive experience in national security, Schwartz offers a fully panoramic view of a terrifying reality.

Prev: Right is Wrong
Next: Right of Thirst