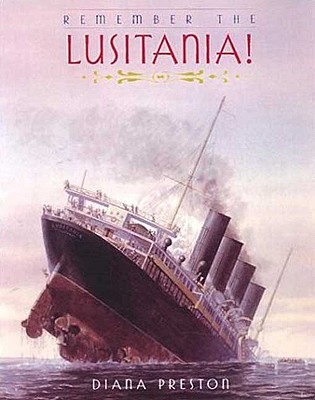 T​hree years after the tragic sinking of the Titanic, another luxury liner went to a watery grave beneath the icy depths of the North Atlantic. The sinking of the Lusitania, torpedoed by a German U-boat in a sneak attack off the coast of Ireland, was one of the most pivotal and universally condemned acts of World War I.

Diana Preston chronicles the shipboard experiences of three children who were on that fateful voyage. Eleven-year-old Frank Hook, a third-class passenger, was moving to England with his father and older sister. Twelve-year-old Avis Dolphin, a second-class passenger, was being sent to an English boarding school with a chaperone. And five-month-old Audrey Pearl was traveling in luxurious first class with her parents, three siblings, and two nannies.

From different walks of life and varied circumstances, these three children shared a common bond-they all survived one of the most disastrous shipwrecks in history. Their stories, taken from firsthand accounts, personal interviews, and historical documents, provide a riveting look at one of the most tragic and significant events of World War I.

Prev: Remainders of the Day
Next: Remember This