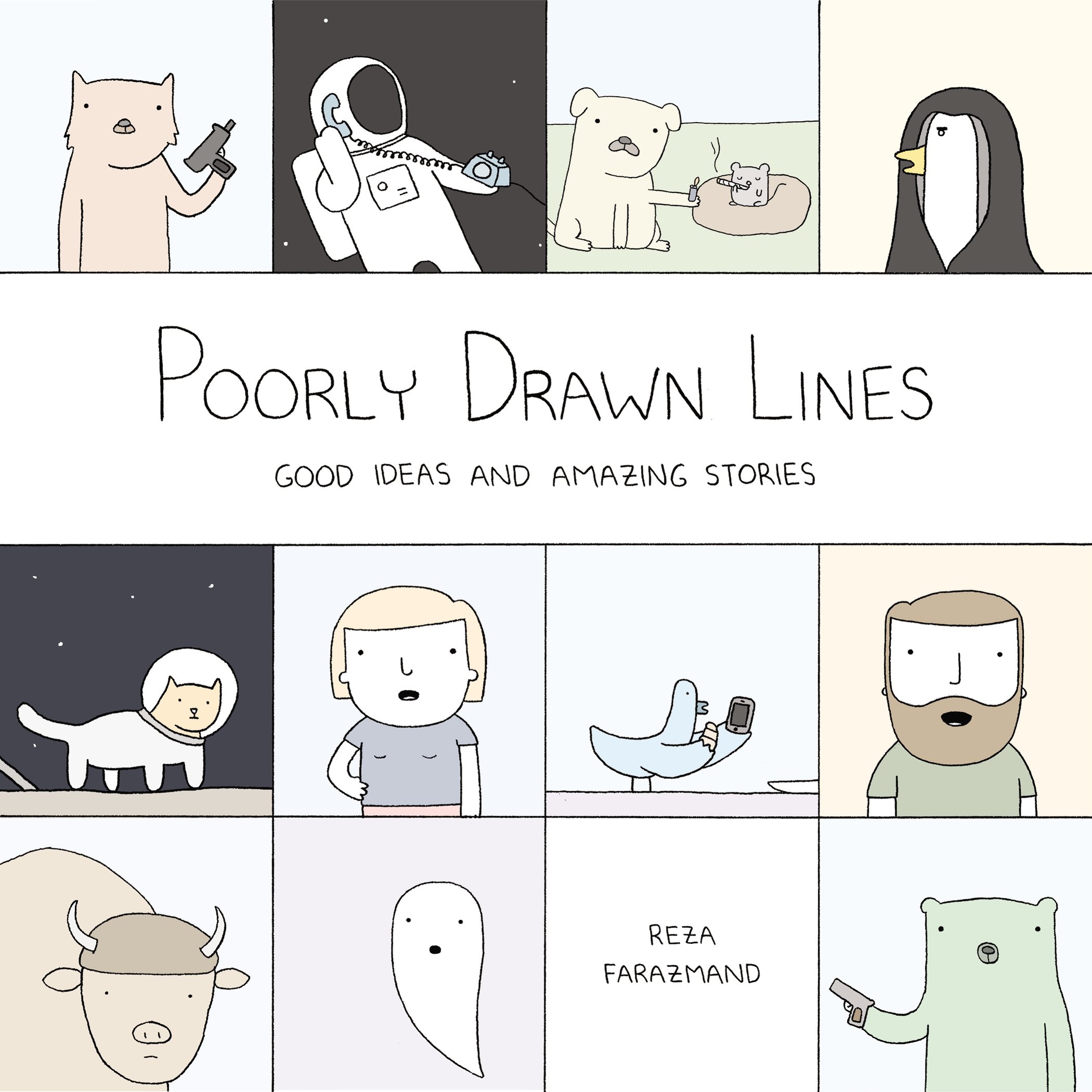 Love, social acceptance, and robots for fans of What If? and Hyperbole and a Half

A bear flies through space. A hamster suffers a breakdown. Elsewhere, a child marvels at the wonder of nature as worms emerge from the ground and begin looking for vodka (as they always have). This is the bizarre world of Poorly Drawn Lines. With more than half a million fans on Facebook and callouts on NPR and Comedy Central, Reza Farazmand’s Poorly Drawn Lines is a king among web comics.

Traveling to deep space, alternate realities, and the bottom of the ocean, this collection brings together fan favorites with all-new comics and original essays to delight and mystify the legions of readers who like their humor poorly drawn.