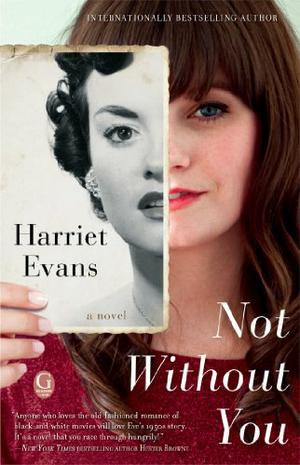 From internationally bestselling author Harriet Evans comes an intriguing and fresh new novel about a famous modern-day actress whose fate becomes intertwined with a glamorous movie star from the 1950s who vanished many years earlier.

Sophie Leigh’s real name is Sophie Sykes. But she hasn’t been called that for years, not since she became an A-list movie star. Living in Hollywood, she can forget all about her old life in England and the tragedy she left behind. But in the process, she’s lost something of herself, too. Eve Noel didn’t choose her name. A Hollywood producer did. In fact, he makes all the decisions for her—what to wear, when to smile, who to love. A product of the 1950s, Eve has none of Sophie’s modern self-confidence, but she knows she must follow her heart. One day, she simply vanishes: no one knows where she went, or why… As Sophie’s perfect-on-the-outside world begins to crumble, it seems her life might be linked to Eve’s. And when past and present collide, Sophie must unravel the mystery around Eve’s disappearance to save them both—but is she already too late? Blending her trademark wit, emotional insight, and gift for characterization this is Harriet Evans at her best.

Prev: Not the End of the World
Next: Not Working