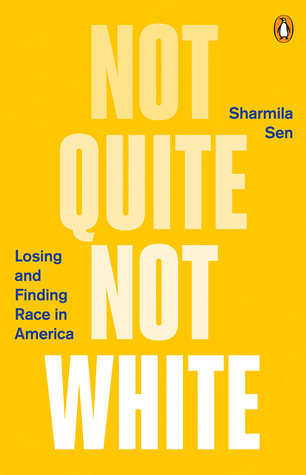 Not Quite Not White

Losing and Finding Race in America

At the age of 12, Sharmila Sen emigrated from India to the U.S. The year was 1982, and everywhere she turned, she was asked to self-report her race - on INS forms, at the doctor’s office, in middle school. Never identifying with a race in the India of her childhood, she rejects her new “not quite” designation - not quite white, not quite black, not quite Asian—and spends much of her life attempting to blend into American whiteness. But after her teen years trying to assimilate—watching shows like General Hospital and The Jeffersons, dancing to Duran Duran and Prince, and perfecting the art of Jell-O no-bake desserts—she is forced to reckon with the hard questions: What does it mean to be white, why does whiteness retain the magic cloak of invisibility while other colors are made hypervisible, and how much does whiteness figure into Americanness?

Part memoir, part manifesto, Not Quite Not White is a searing appraisal of race and a path forward for the next not quite not white generation—a witty and sharply honest story of discovering that not-whiteness can be the very thing that makes us American.

Prev: Not Me
Next: Not That Kind of Girl