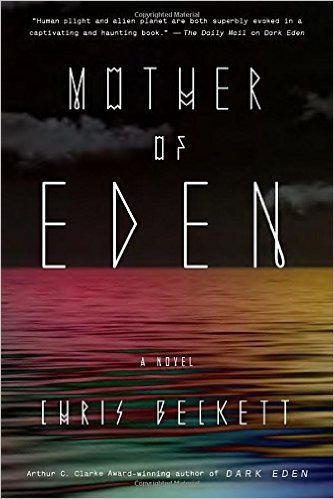 “We speak of a mother’s love, but we forget her power.” Civilization has come to the alien, sunless planet its inhabitants call Eden.

“We speak of a mother’s love, but we forget her power.”

Civilization has come to the alien, sunless planet its inhabitants call Eden.

Just a few generations ago, the planet’s five hundred inhabitants huddled together in the light and warmth of the Forest’s lantern trees, afraid to venture out into the cold darkness around them.

Now, humanity has spread across Eden, and two kingdoms have emerged. Both are sustained by violence and dominated by men – and both claim to be the favored children of Gela, the woman who came to Eden long ago on a boat that could cross the stars, and became the mother of them all.

When young Starlight Brooking meets a handsome and powerful man from across Worldpool, she believes he will offer an outlet for her ambition and energy. But she has no inkling that she will become a stand-in for Gela herself, and wear Gela’s fabled ring on her own finger—or that in this role, powerful and powerless all at once, she will try to change the course of Eden’s history.