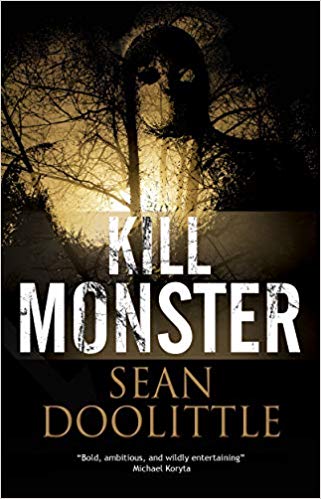 When treasure hunters excavate the long-lost wreck of the steamship Arcadia from a Kansas cornfield, a buried creature awakens – a mindless assassin of accursed earth, shaped like a man though in no way mortal, created to kill a slave trader in 1856. With the original target long dead, the monster sets its sight on the man’s closest surviving descendant . . . a burned-out IT technician named Ben Middleton. Nothing could have prepared Ben for the horror now aimed directly at his lackadaisical life. But he isn’t only being chased by the monster, and it’s not just his own life in danger. Ben must pull himself together to not only save himself, but his estranged teenage son, Charley. Yet who are the mysterious people chasing him, and how do you stop a 150-year-old monster with no ‘Off’ switch?

Prev: Keywords for Children’s Literature
Next: Kill the Body, the Head Will Fall