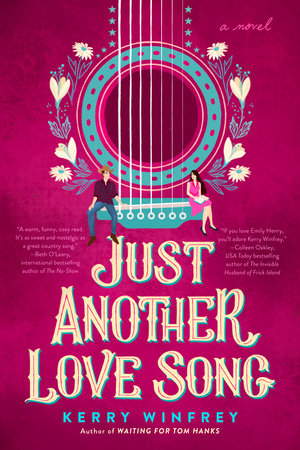 Two high school sweethearts get a second chance at their perfect ending in this charming new romance by Kerry Winfrey, author of Very Sincerely Yours.

Once upon a time, Sandy Macintosh thought she would have her happily ever after with her high school sweetheart, Hank Tillman. Sandy wanted to be an artist, Hank was the only boy in town who seemed destined for bigger things, and they both had dreams to escape town together. But when Sandy’s plans fell through, she stayed in their small town in Ohio while Hank went off to Boston to follow his dreams to be a musician, with the promise to stay together. Only that plan fell through, too.

Fifteen years later, Sandy runs a successful greenhouse while helping her parents with their bed and breakfast. Everything is perfect…until Hank rolls back into town, now a famous alt-country singer with a son in tow. She’s happy with the life she’s built by herself, but seeing Hank makes her think about what might have been. There aren’t enough cliché love songs in the world to convince Sandy to give Hank another chance, but when the two of them get thrown together to help organize the town’s annual street fair, she wonders if there could be a new beginning for them or if what they had is just a tired old song of the past.