“An opportune and cogent estimation of the life and times of the physically small but politically sizable Madison…A worthy addition for early-republic American history collections.” 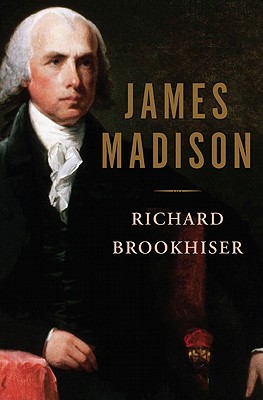 James Madison led one of the most influential and prolific lives in American history, and his story—although all too often overshadowed by his more celebrated contemporaries—is integral to that of the nation. Madison helped to shape our country as perhaps no other Founder: collaborating on the Federalist Papers and the Bill of Rights, resisting government overreach by assembling one of the nation’s first political parties (the Republicans, who became today’s Democrats), and taking to the battlefield during the War of 1812, becoming the last president to lead troops in combat. In this penetrating biography, eminent historian Richard Brookhiser presents a vivid portrait of the “Father of the Constitution,” an accomplished yet humble statesman who nourished Americans’ fledgling liberty and vigorously defended the laws that have preserved it to this day.