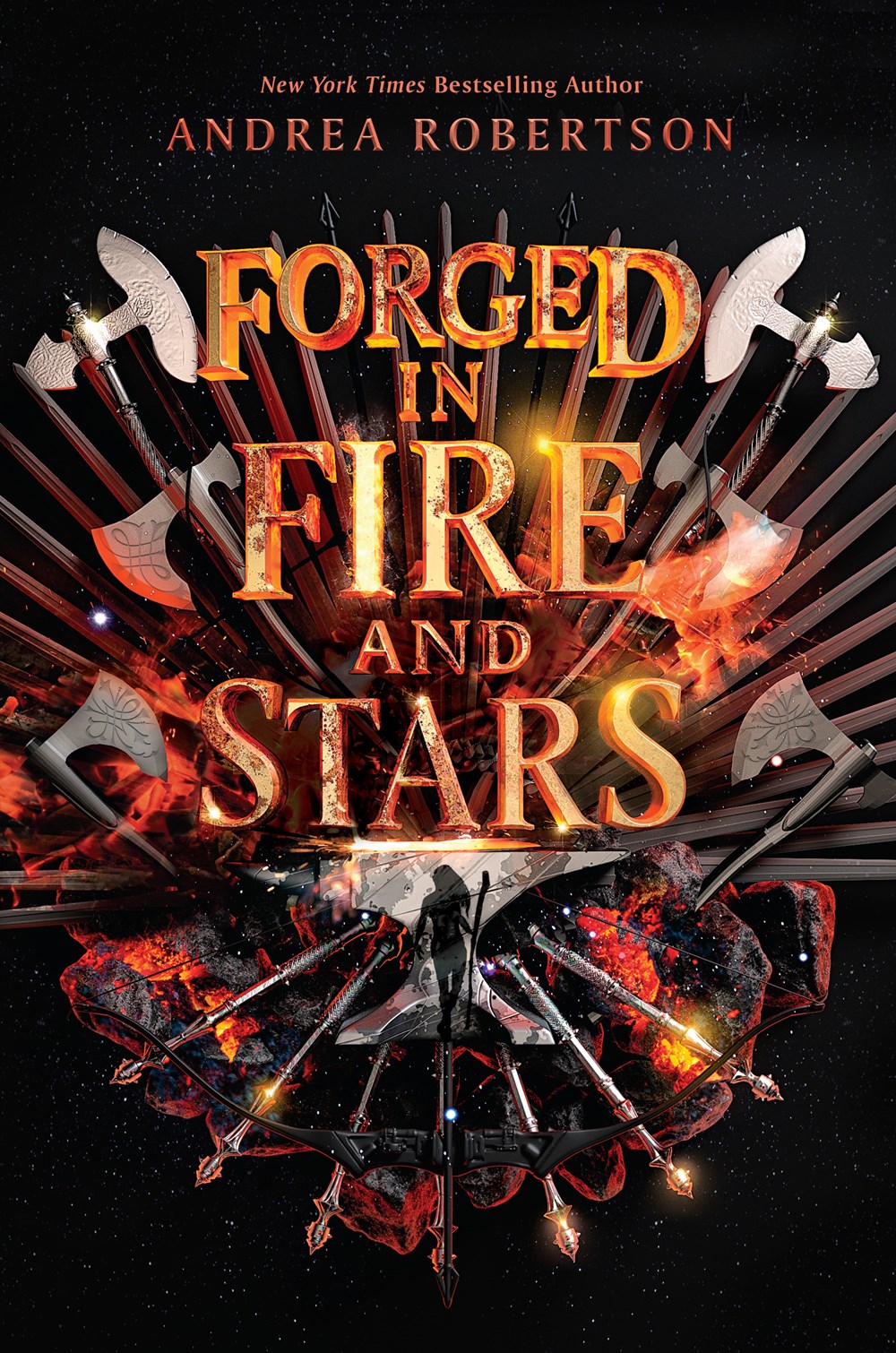 Forged in Fire and Stars

“Fans of Leigh Bardugo’s Grishaverse will flock to this new series.”—Booklist

Games of Thrones meets An Ember in the Ashes in this action-packed fantasy from the internationally bestselling author of the Nightshade series.

Ara has always known the legend of the Loresmith: the blacksmith who served alongside the kings and queens of Saetlund, forging legendary weapons to arm warriors and protect the kingdom. She’s been told it’s her fate to inherit the title and become the next Loresmith. But since the monarchy’s downfall in a vicious conquest years before, Ara has never truly believed she would be able to take up her duty.

But when the lost Princess Nimhea and Prince Eamon steal Ara from her quiet life with a mission to retake the throne and return Ara to her place as the Loresmith—Ara’s whole world turns upside down.

Suddenly, Ara must leave her small mountain village and embark on a dangerous adventure where she will uncover new truths about her family’s legacy, and even face the gods themselves. With a mysterious thief as an unexpected companion, and dark forces following their every move, Ara must use all her skills to forge the right path forward—for herself, her kingdom, and her heart.