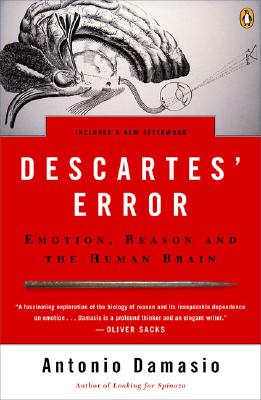 Since Descartes famously proclaimed, “I think, therefore I am,” science has often overlooked emotions as the source of a person’s true being. Even modern neuroscience has tended, until recently, to concentrate on the cognitive aspects of brain function, disregarding emotions. This attitude began to change with the publication of Descartes’ Error in 1995. Antonio Damasio,“one of the world’s leading neurologists” (The New York Times),challenged traditional ideas about the connection between emotions and rationality. In this wondrously engaging book, Damasio takes the reader on a journey of scientific discovery through a series of case studies, demonstrating what many of us have long suspected: emotions are not a luxury, they are essential to rational thinking and to normal social behavior.