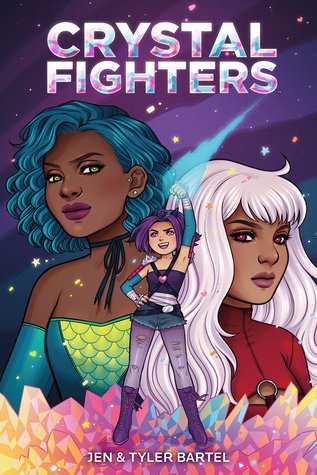 Stella is a bored teen who’s part of the first generation to grow up immersed in a world of virtual reality games. Her parents only allow her to play, bland all-ages titles, one of which is called “Crystal Fighters”—a very bubbly and positive world where you assume the role of a magical girl.

Through a series of events, she discovers that other players in the game have created a secret magical girl fight club that adds a whole new world of thrills and challenges to her mundane world. Now that she’s gotten her wish of finding peers like her and something exciting in her life, she also discovers a dark side to magical girls, and finds herself having to prove her worth in a series of tournaments where if she loses she can never come back.